While working with Concept Designs during the summer of 2020, I took ownership of the UltraPro Floor Standing Display redesign. 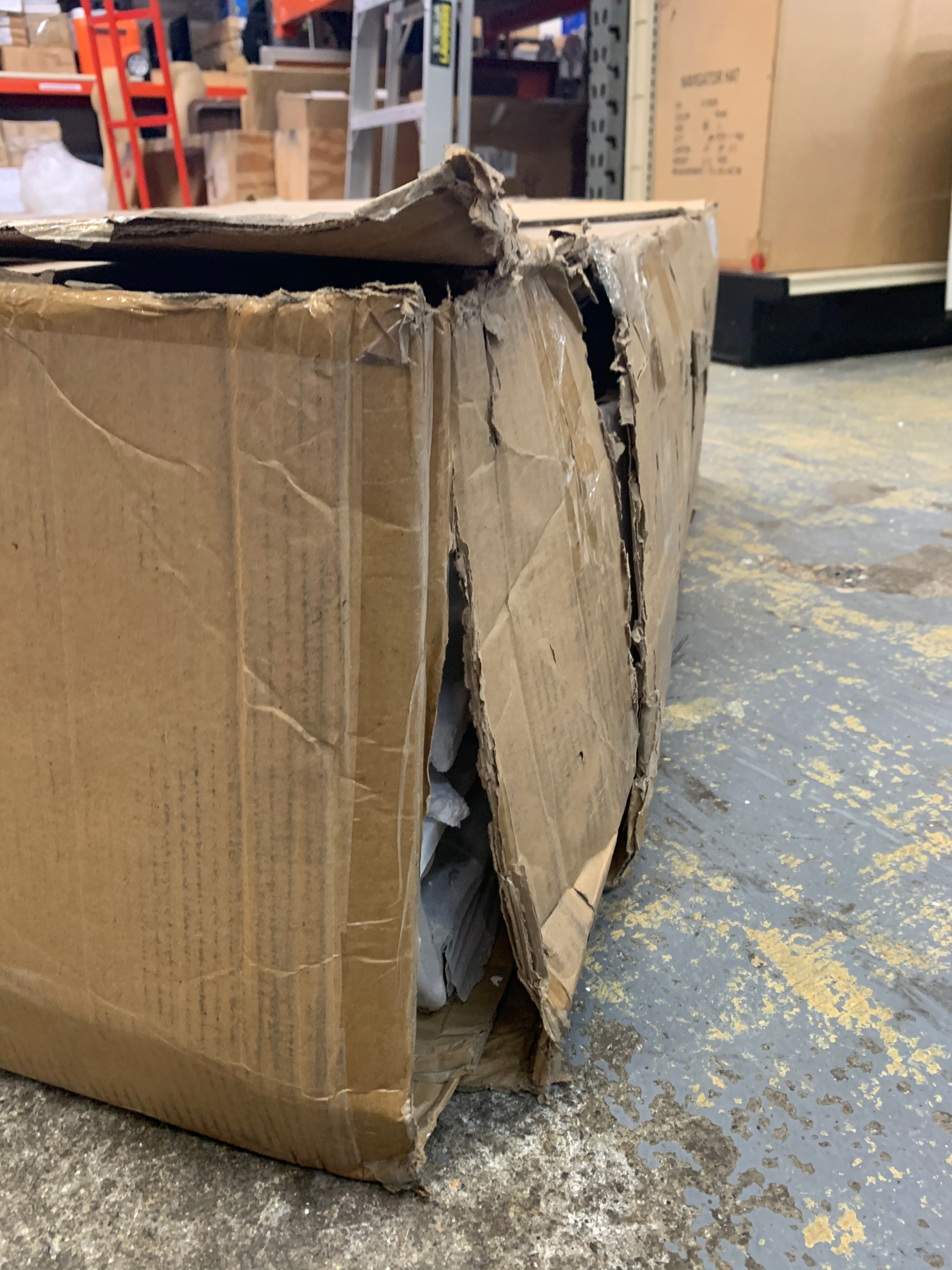 Create a visually identical display to the one provided that decreases shipping damage. 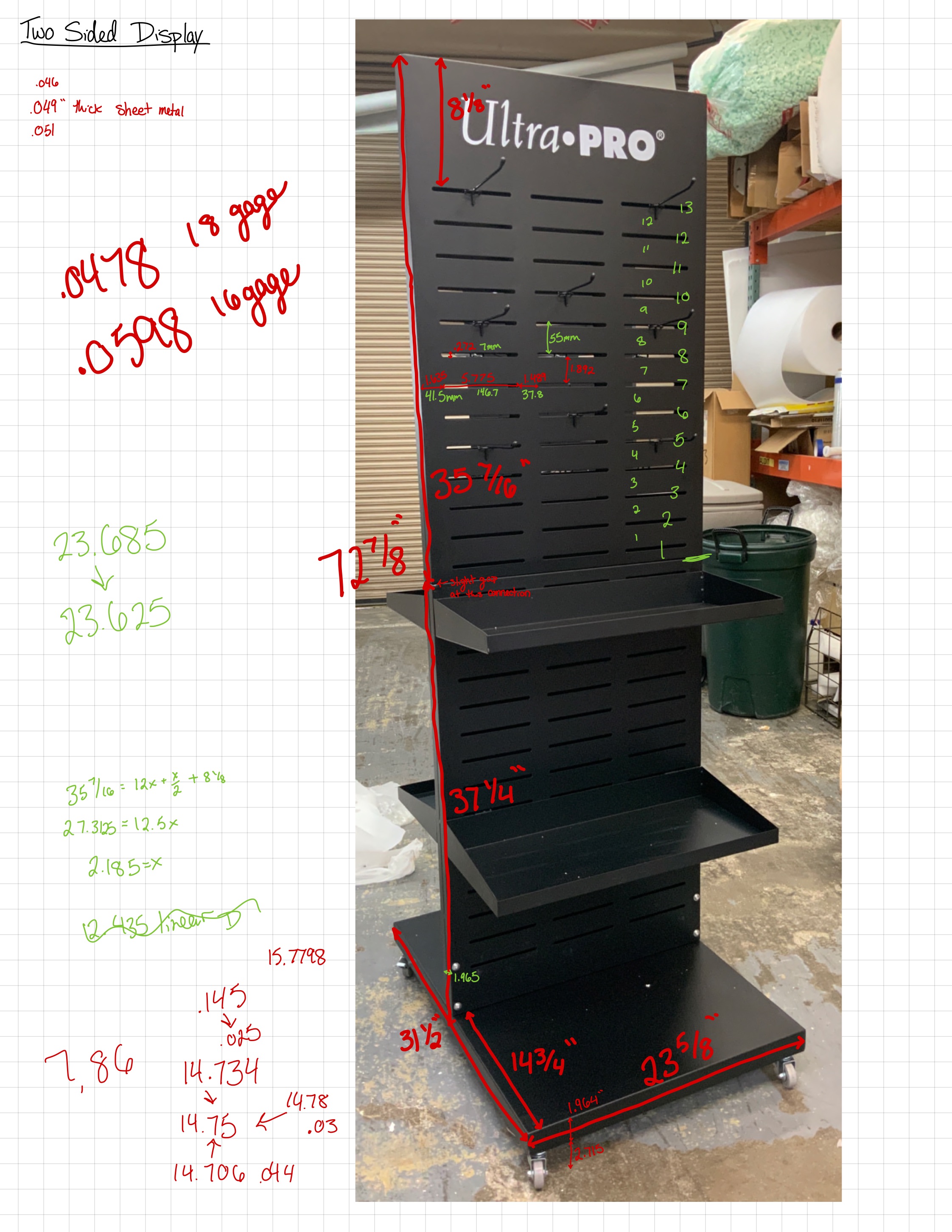 We looked for small but impactful changes that provided meaningful user experience improvements while allowing for easy assembly and secure packaging. 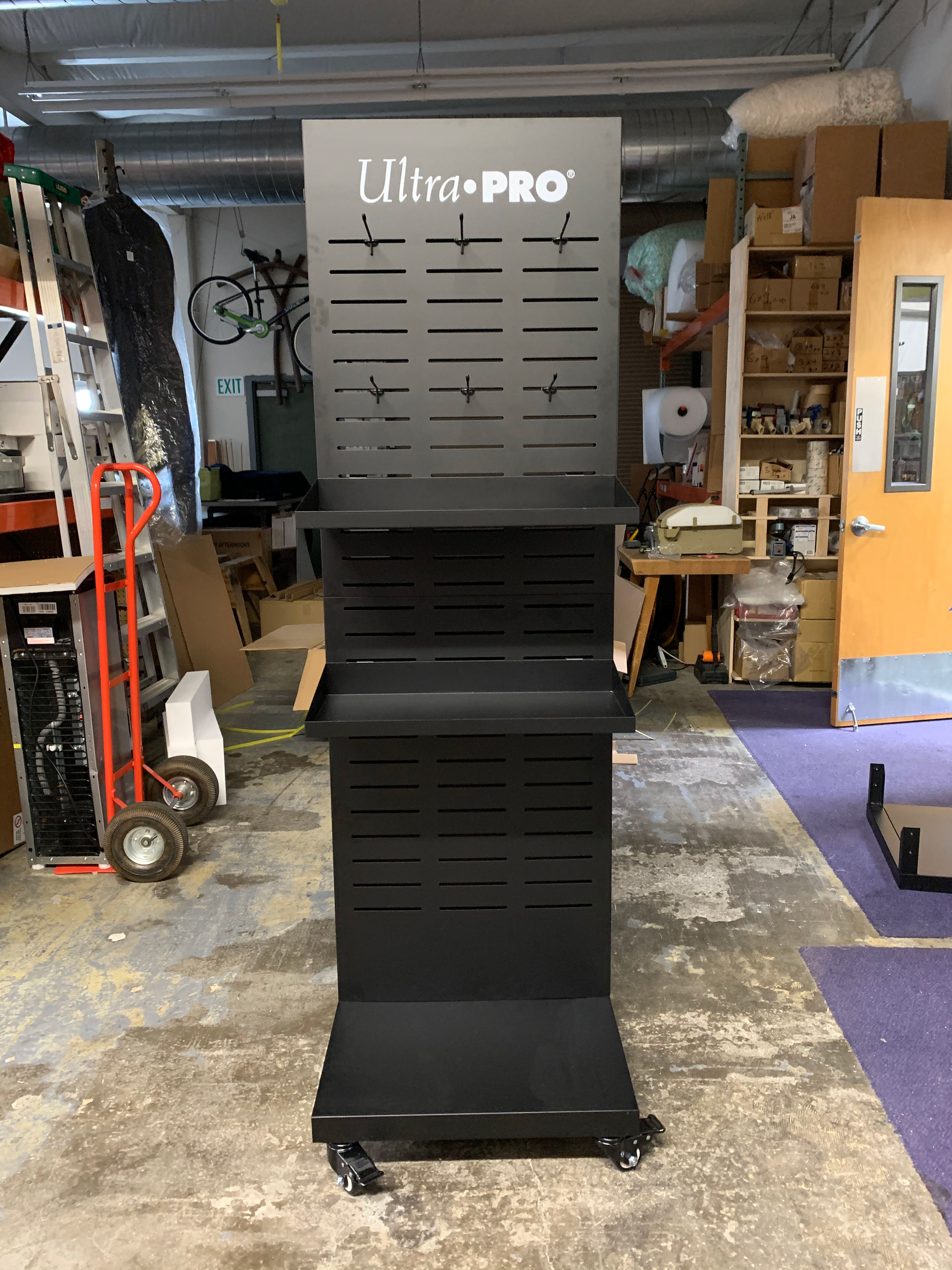 We combined a single and double sided displays into one configurable unit with packaging improvements which decreased shipping costs. The customer increased the order from $100,000 to $250,000. 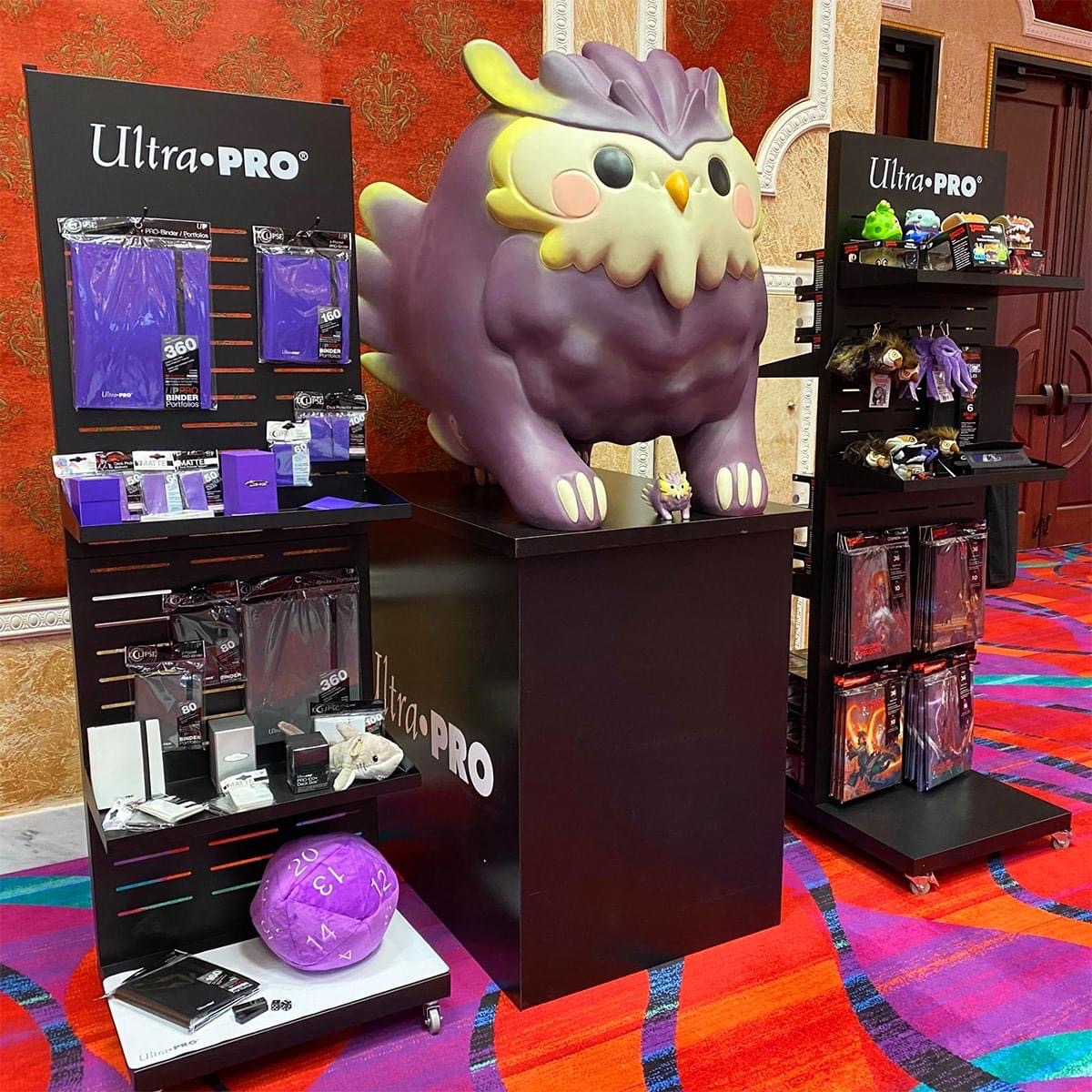 The client had an existing display that they would provide to distributers and bring to trade shows to display their products. It was working well. However, the display wasn't packaged well, and they received numerous complaints about damaged displays.The client asked Concept Designs to create a visually identical display with packaging improvements to prevent damage. It had to be visually identical since they wanted to be able to use the new display alongside the existing one and have a cohesive aesthetic.

When I arrived, we had just received the two displays from the client, and I was assigned ownership of the project. With help from the full time engineer, we assembled the client displays and carefully documented each unboxing step. I took note of particular frustrations or points of confusion during the process.

Once the displays were assembled, the engineer, the founder, and I began brainstorming possible improvements and value adds. I then carefully measured the display. 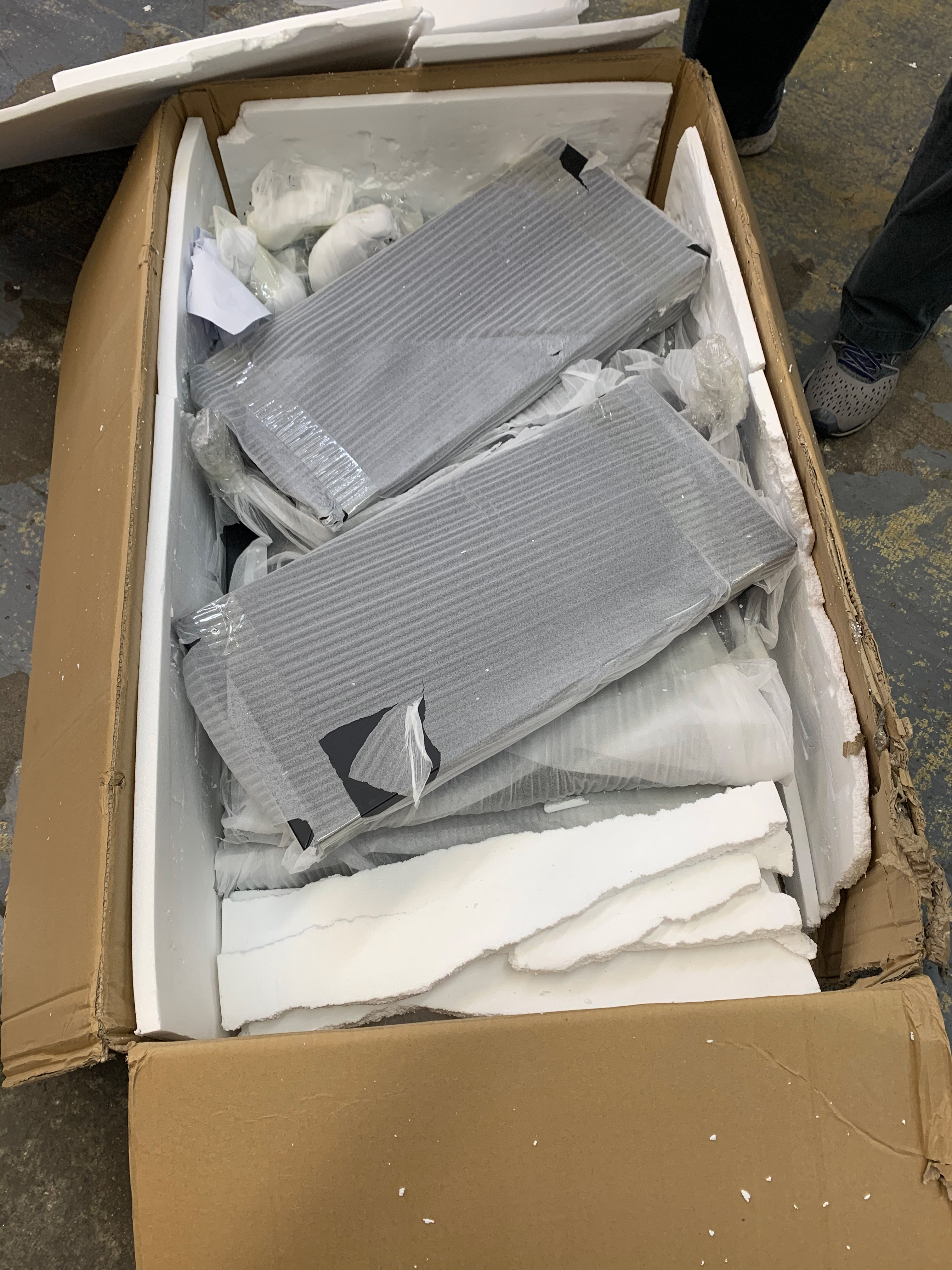 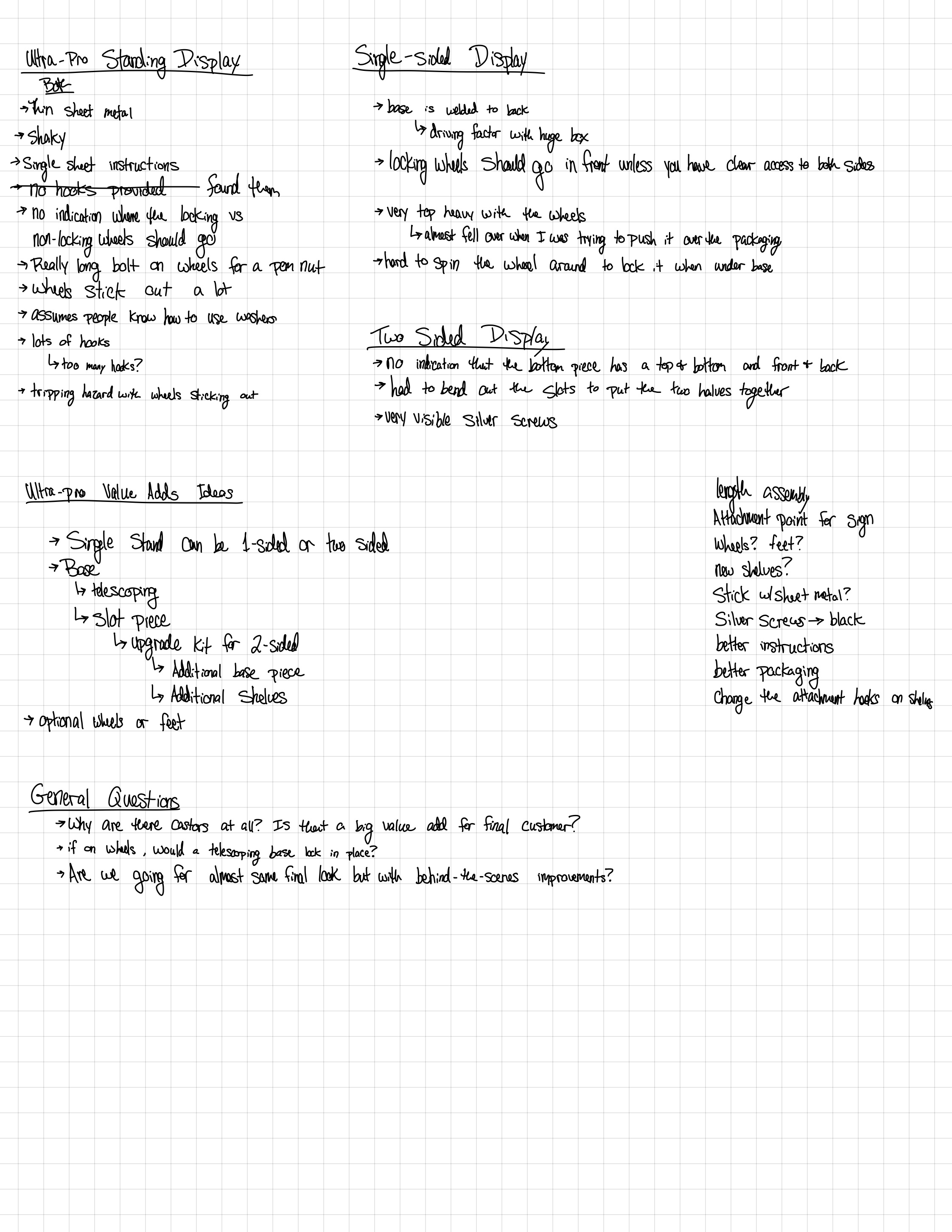 At this point, the project jumped to CAD. I worked with the engineer to makes sure I was building the display using the rules and customs of the company so that it would be easy for anyone to read and edit the assembly. The project lived in SolidWorks for the majority of my time with it. The design went through many iterations based on the feedback of the founder, the engineer, and the client. Below are a few of the standout features and changes.

Throughout the life of the project, the display underwent numerous changes and includes a number of value adds, but these are some of my personal favorite. 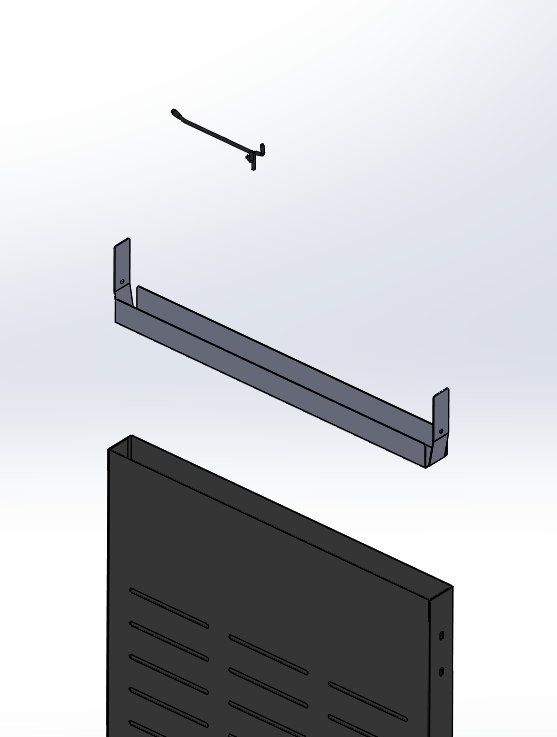 This was an idea that I had based on the number of hooks supplied with each display and my own experience working retail. We needed a way of adding some more structural support to the box of the display by adding some type of lid, but we knew it had to be hidden since the existing display had a different construction that didn't require a lid. I had the idea of using a type of hidden internal drop lid which doubled as a shelf for placing extra hooks. This feature survived to the final product with a few minor changes. 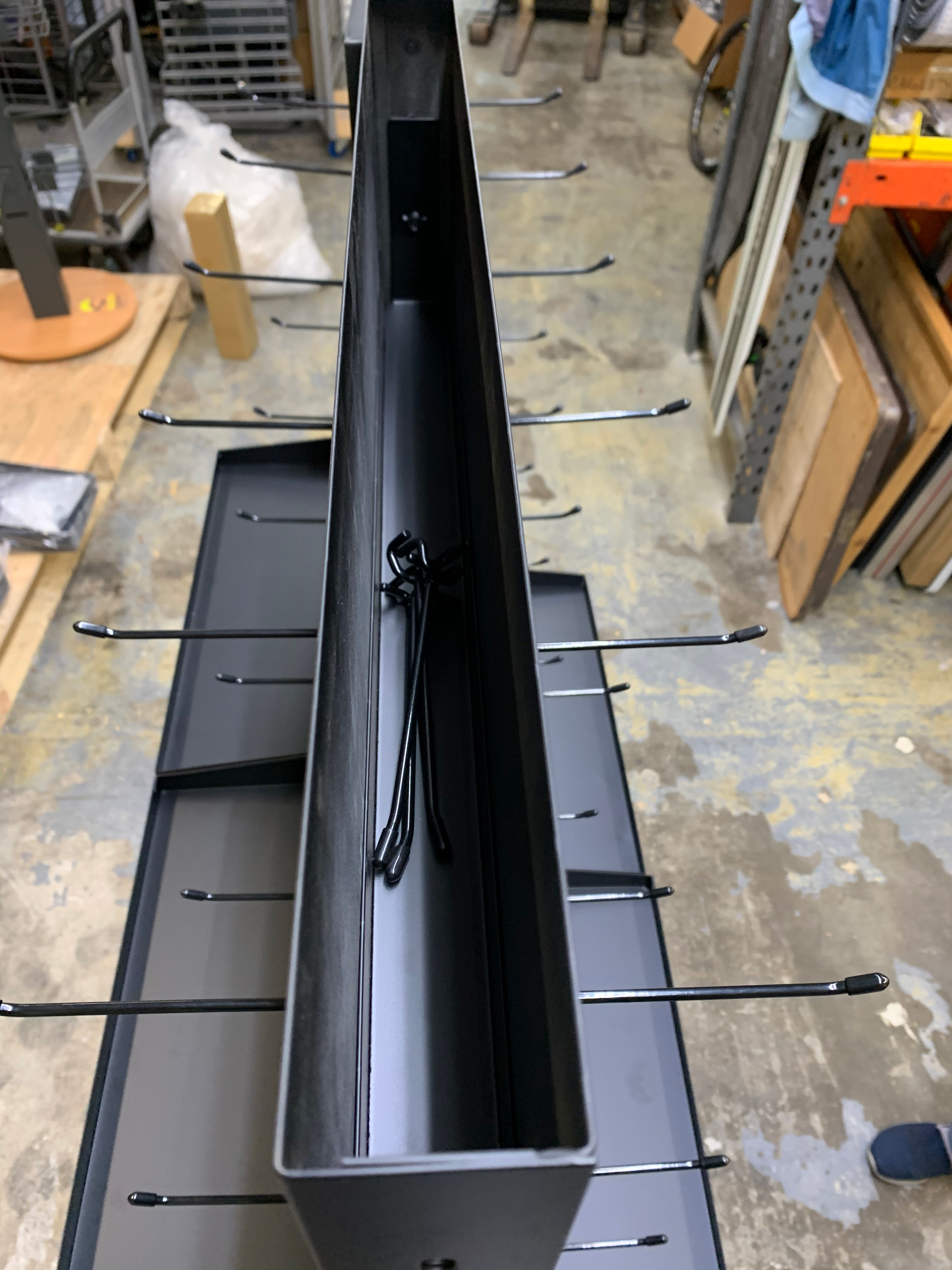 Telescoping VS Bolted Base

The base was one of the main elements that we changed from the original display and that kept changing throughout the process. We knew from the start that we wanted a display that could be configured from a 1-sided display to a 2-sided display, and this core element hinged on the base design. One of our initial observations of the original 1-sided display was that it was easy to topple. This led to the telescoping base with a 6inch minimum to provide more stability in the 1-sided orientation. We were also going to provide a magnetic cover for the second side. 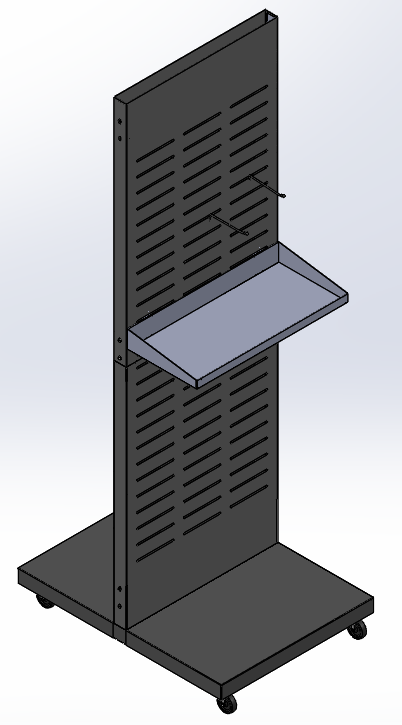 However, this design was rejected by the client since most customers position the 1-sided unit against the wall. This brought us to a full telescoping base with one side being slightly shorter than the other to adjust for the fact that it needs to fit inside the other. We also included an additional cover for the second side to cover the base once it was slid out. 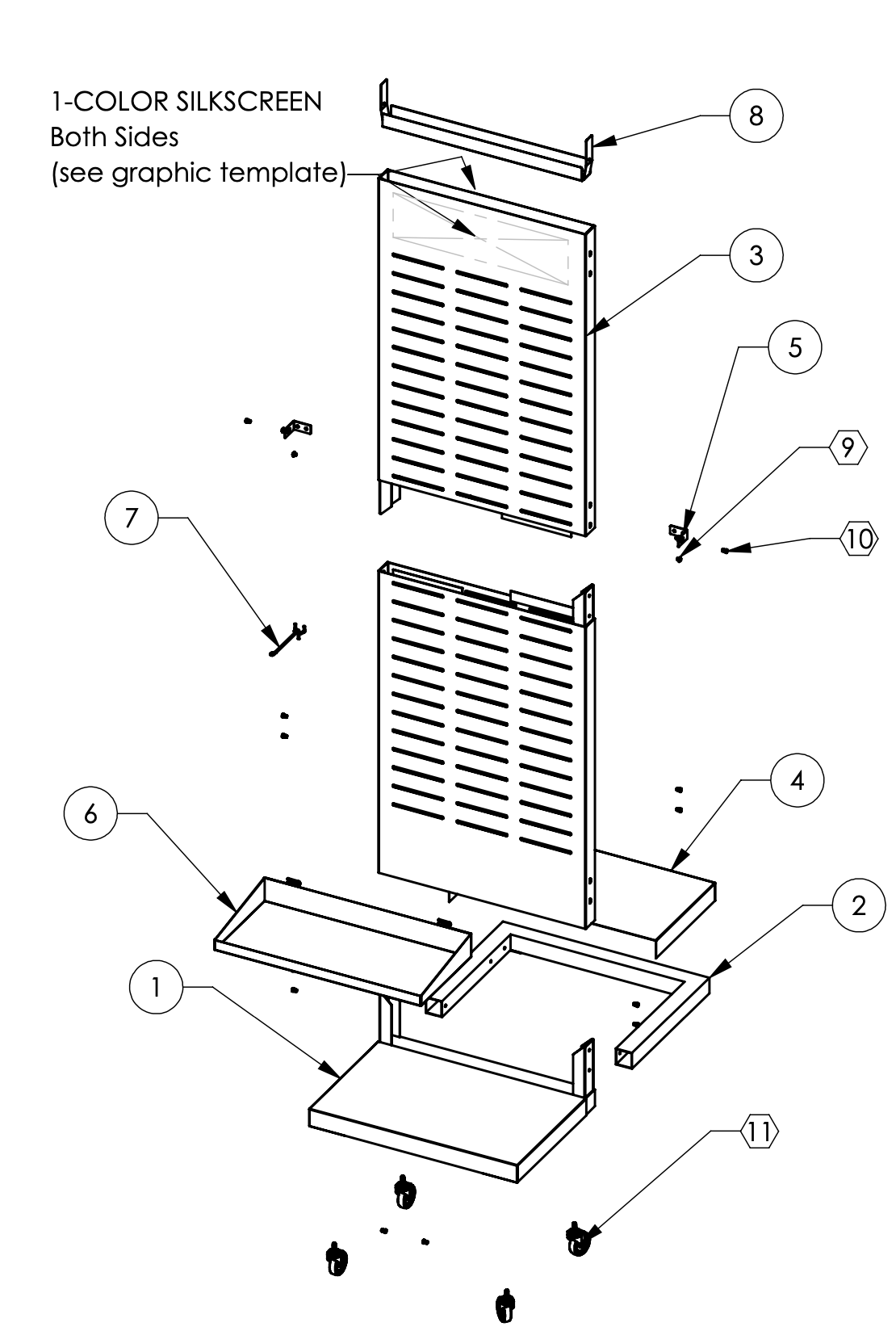 Once we brought this design to manufacturing, we ran into another issue, cost. In order to get a full telescoping system in the right dimensions, it would require a lot of custom parts and machining. At this point, our manufacturing partner suggested just bolting on the second base side. We weren't initially convinced by this idea since it makes conversion from a 1-sided to a 2-sided display more difficult once the display is assembled. However, we when we discussed this with the client, she assured us that customers will probably never convert an in-use display from one type to the other. This allowed us to move forward on the more cost effective base option. We were also able to weld the cover onto the second side base which eliminated another part. 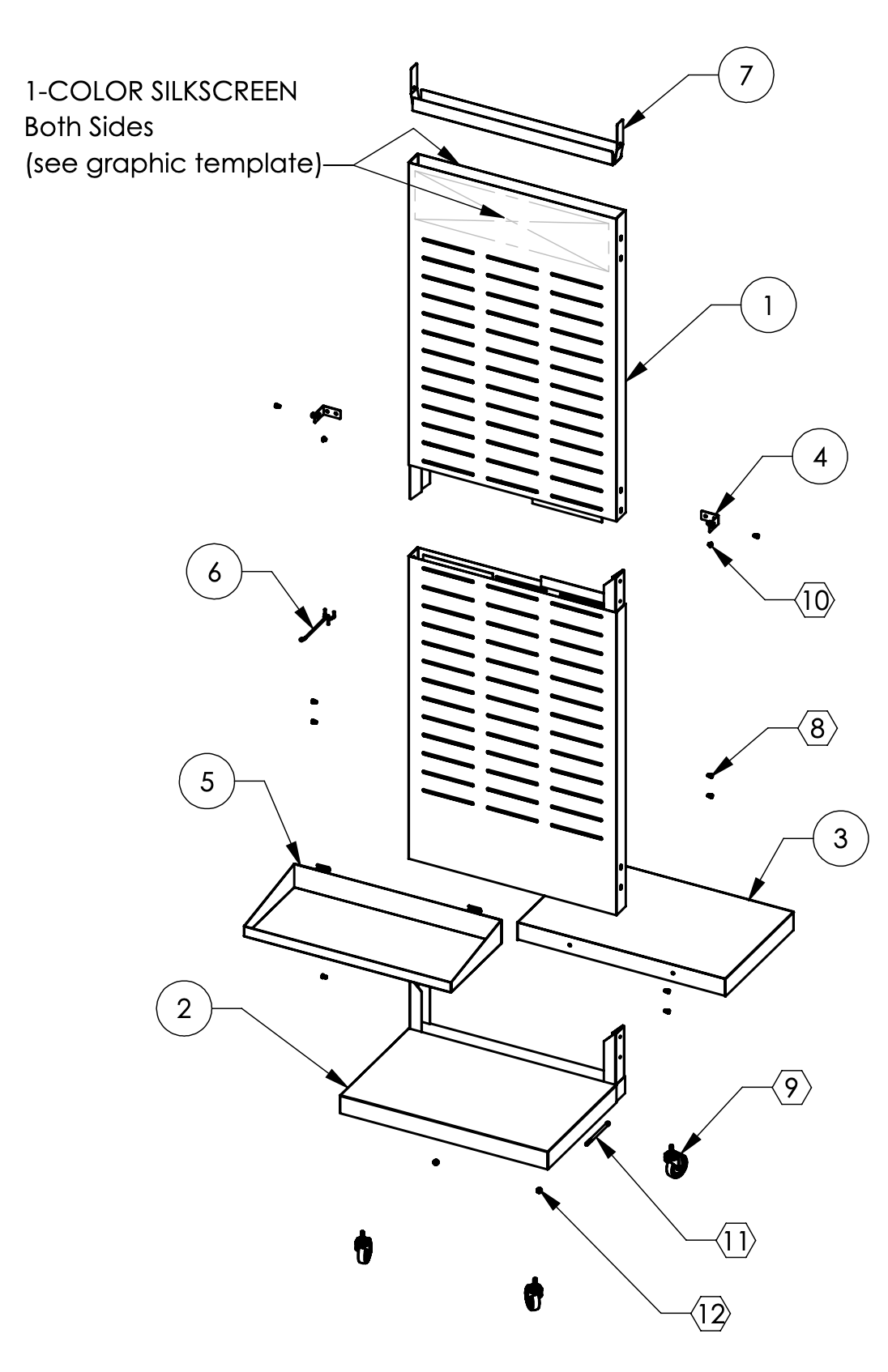 Another bit of clever engineering are the identical top and bottom pieces. One of our goals with the project was to reduce cost as much as feasible, and one of the best ways to do that is by reducing the number of unique parts involved. With this in mind, we decided to make a few small visual changes in order to have the top and bottom pieces be identically manufactured. The only true difference between the two are the silkscreen and the drop shelf which are both added after manufacturing. This required some brainteasing visualization to make sure that the seems would line up and the joint supports wouldn't interfere with each other, but with a few paper prototypes, I was able to figure out how to get all the pieces to fit together. 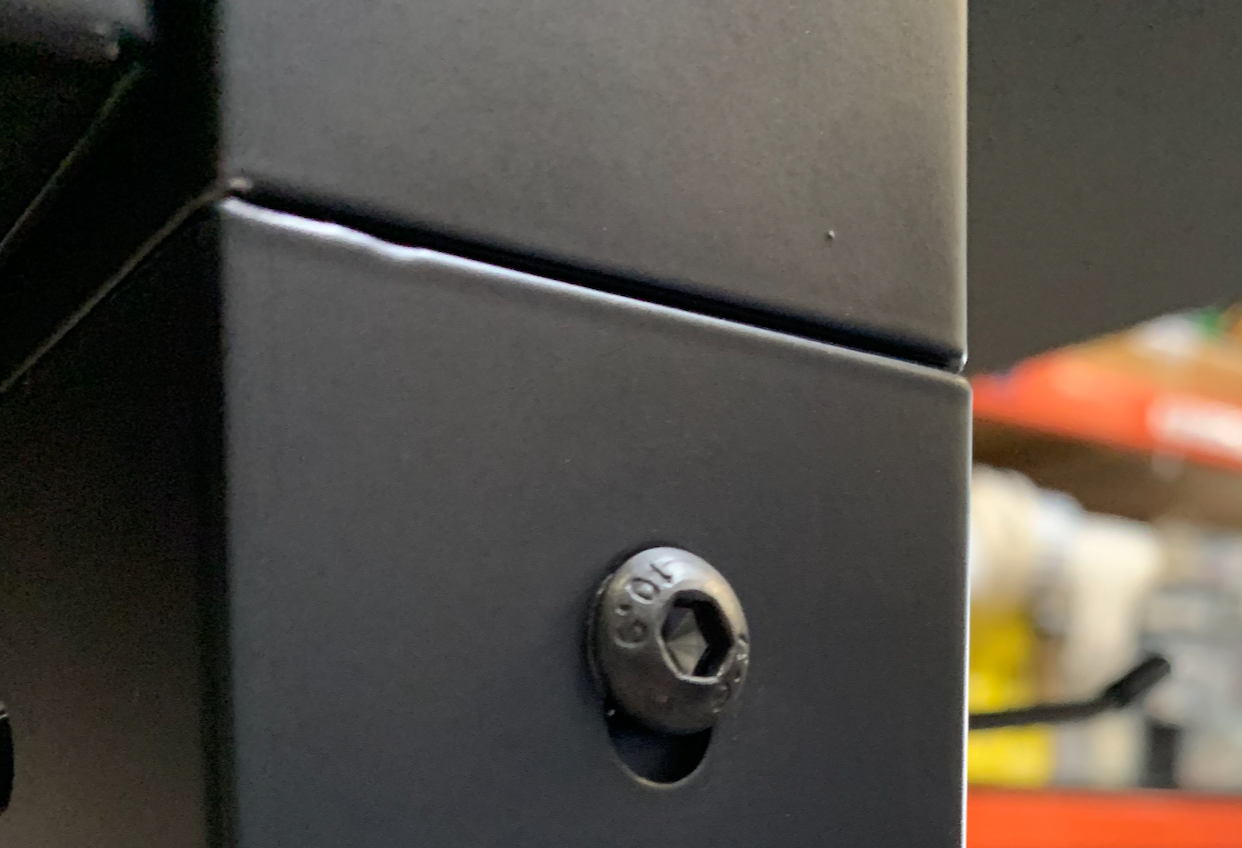 After numerous changes and iterations, we had our final prototype. Our manufacturing partner did an amazing job with the packaging such that nothing will get damaged in shipping. After assembling the display in house, we shipped the second unit to the client for final approvals. Along with the prototype, we sent the assembly instructions that were created by the design guru at Concept Designs with input from the rest of the team. 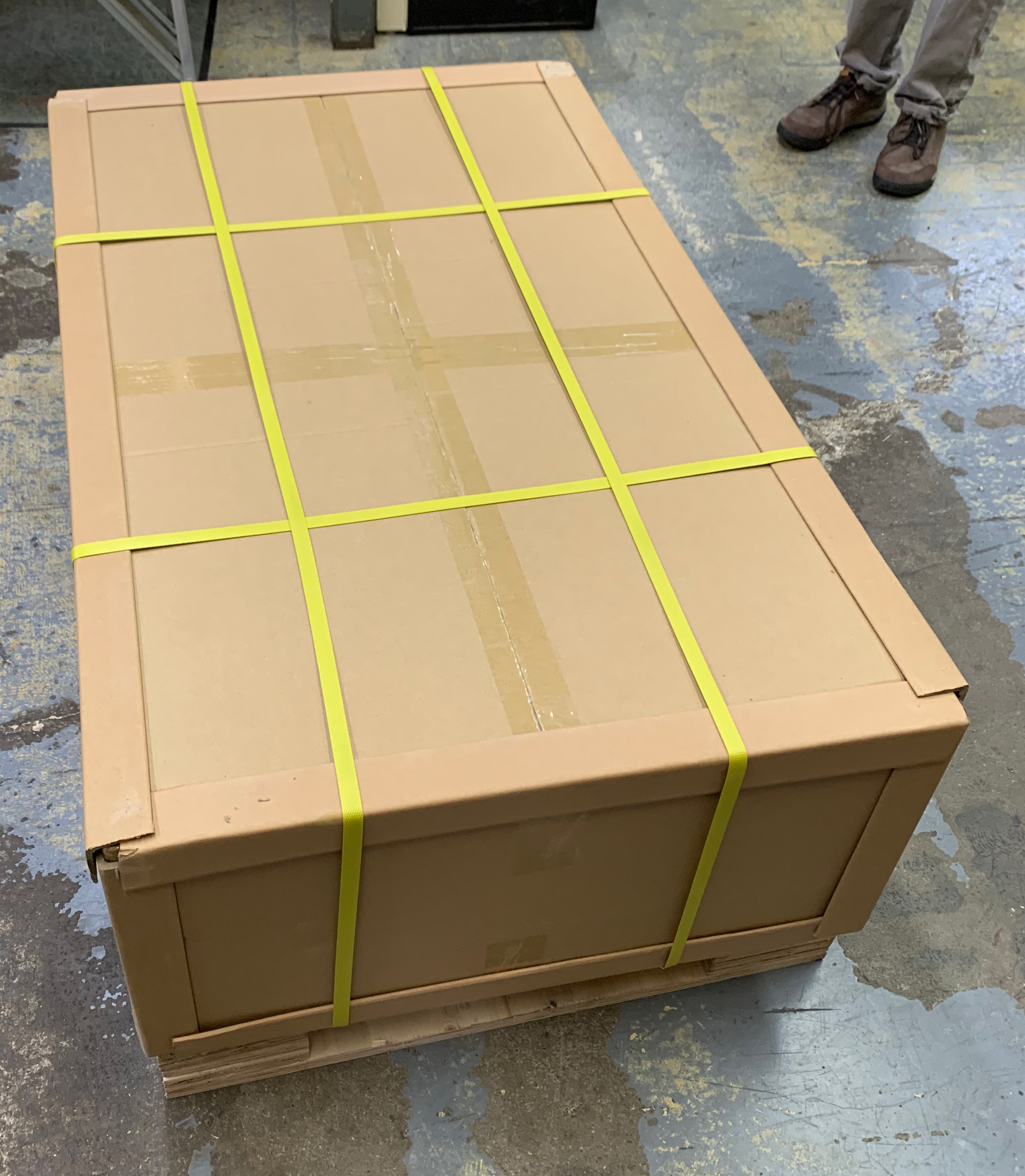 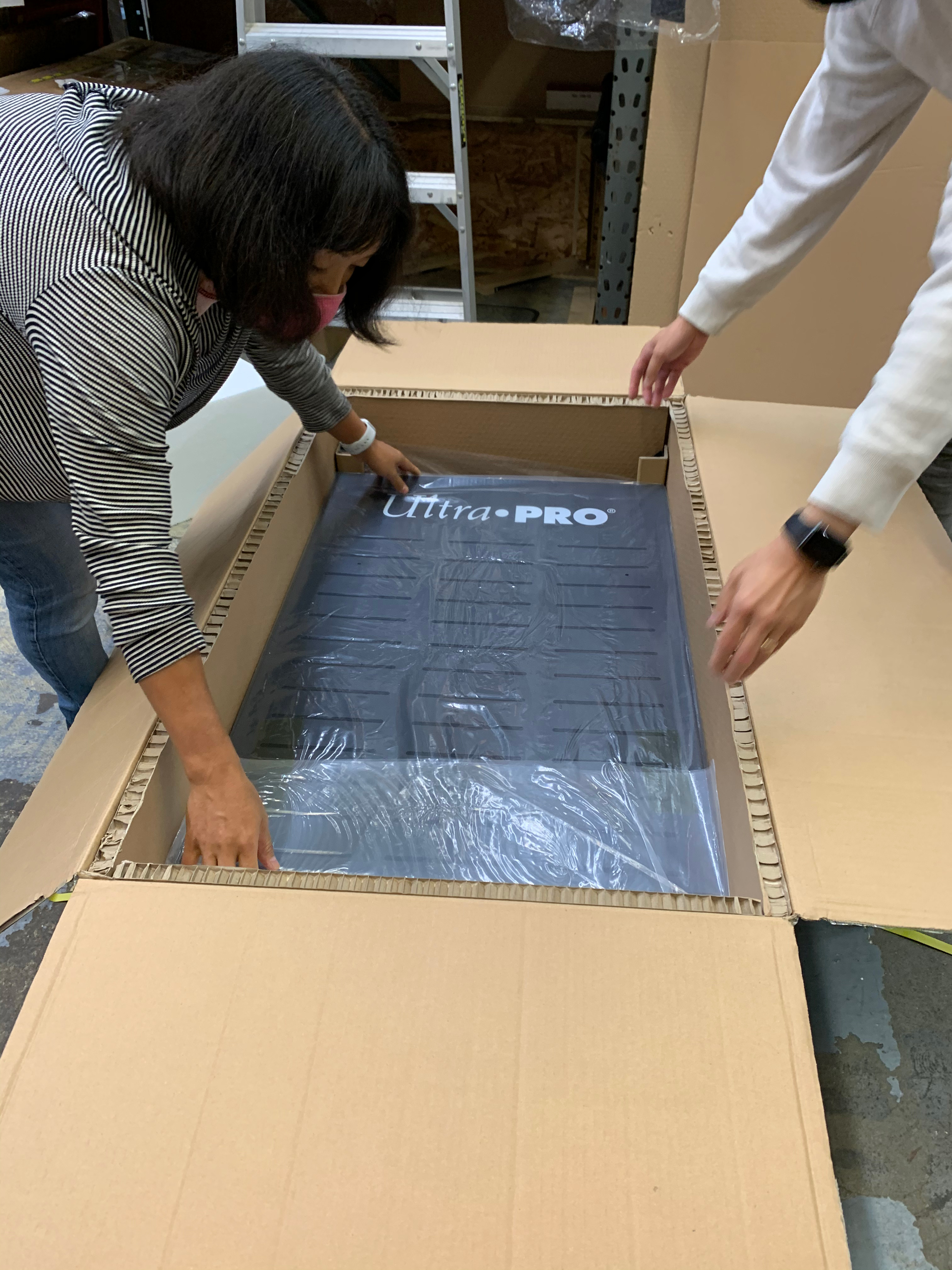 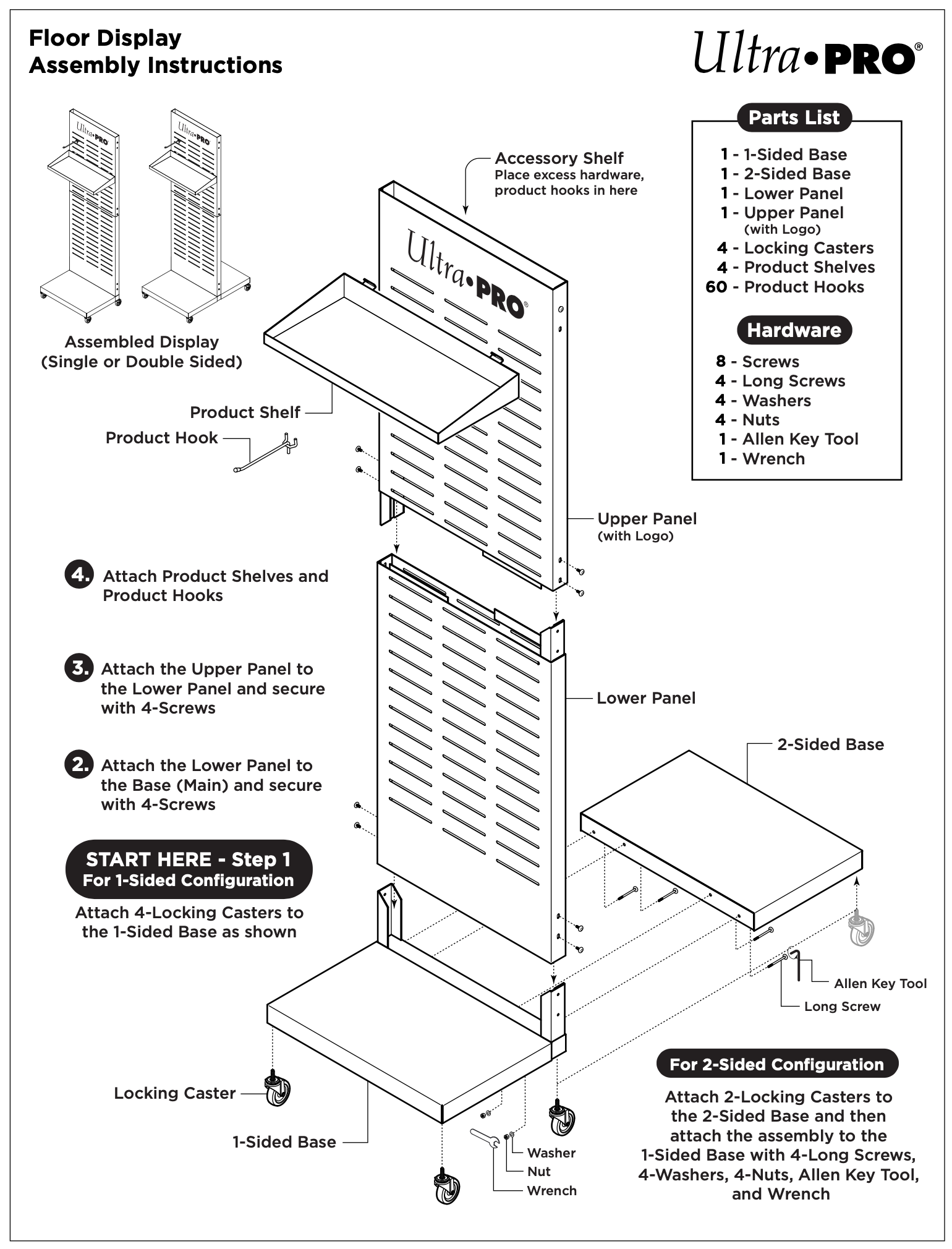 The client was very pleased with the final design. She was so happy with our design improvements and impressed with the cost that she increased her order from 200 units to 500 units which turned a $100,000 order into a $250,000 order.